What are cough and cold medicines? 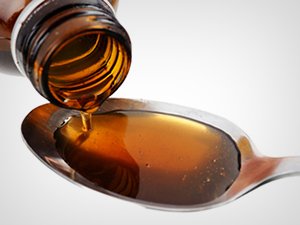 Millions of Americans take cough and cold medicines each year to help with symptoms of colds. When taken as instructed, these medicines can be safe and effective. They become harmful when taken in a way or dose other than directed on the package.

Several cough and cold medicines contain ingredients that are psychoactive (mind-altering) when taken in higher-than-recommended dosages, and some people misuse them. These products also contain other ingredients that can add to the risks. Many of these medicines are bought “over the counter” (OTC), meaning you do not need a prescription to have them.

How Cough and Cold Medicines Are Misused

Cough and cold medicines are usually sold in liquid syrup, capsule, or pill form. They may also come in a powder. Drinking promethazine-codeine cough syrup mixed with soda (a combination called “lean” or “sizzurp”) was referenced frequently in some popular music beginning in the late 1990s and has become increasingly popular among youth in several areas of the country.

Young people are often more likely to misuse cough and cold medicines containing DXM than some other drugs because these medicines can be purchased without a prescription.

What happens to your brain when you misuse cough or cold medicines?

When cough and cold medicines are taken as directed, they safely treat symptoms caused by colds and flu. But when taken in higher quantities or when you don’t have any symptoms, they may affect the brain in ways very similar to illegal drugs, and can even lead to addiction.

DXM acts on the same brain cell receptors as hallucinogenic drugs like ketamine or PCP. A single high dose of DXM can cause hallucinations (imagined experiences that seem real). Ketamine and PCP are called “dissociative” drugs, which means they make you feel separated from your body or your environment, and they twist the way you think or feel about something or someone.

Codeine attaches to the same cell receptors as opioids like heroin. High doses of promethazine-codeine cough syrup can produce a high similar to that produced by other opioid drugs. Over time, it takes more and more of the drug to get that good feeling. This is how addiction starts.

Both codeine and promethazine slow down activities in the central nervous system (brain and spinal cord), which produces calming effects.

What happens to your body when you misuse cough or cold medicines?

DXM misuse can cause:

Promethazine-codeine cough syrup misuse can cause:

Cough and cold medicines are even more dangerous when taken with alcohol or other drugs.

Long-term effects of cough and cold medicines are not known.

Are cough and cold medicines addictive?

Yes, high doses and repeated misuse of cough and cold medicines can lead to addiction. That’s when a person seeks out and takes the drug over and over again, even though it is causing health or other problems.

Can you overdose or die if you use cough and cold medicines?

Yes. Misuse of promethazine-codeine cough syrup slows down the central nervous system, which can slow or stop the heart and lungs. Mixing it with alcohol greatly increases this risk.

Overdose can be treated with CPR and certain medications depending on the person’s symptoms, but the most important step to take is to call 911. The drug naltrexone can be given to stop an opioid overdose if codeine was taken.