Inhalants are chemicals found in ordinary household or workplace products that people inhale on purpose to get “high.” People often don’t realize that inhaling the fumes of these products, even just once, can be very harmful to the brain and body and can lead to death. In fact, the chemicals found in these products can change the way the brain works and cause other problems in the body.

Although different inhalants cause different effects, they generally fall into one of four categories.

Volatile solvents are liquids that become a gas at room temperature. They are found in:

Aerosols are substances under pressure that are released as a fine spray. They include:

Gases may be in household or commercial products, or used in the medical field to provide pain relief. They are found in:

Nitrites are often sold in small brown bottles labeled as:

How Inhalants Are Used

People who use inhalants breathe in the fumes through their nose or mouth, usually by “sniffing,” “snorting,” “bagging,” or “huffing.” It’s called different names depending on the substance and equipment used.

What happens to your brain when you use inhalants?

The lungs absorb inhaled chemicals into the bloodstream very quickly, sending them throughout the brain and body. Nearly all inhalants (except nitrites) produce a “high” by slowing down brain activity. Nitrites, in contrast, expand and relax blood vessels.

Many brain systems may be involved in producing effects of different inhalants. Knowing how the brain functions helps us understand what happens during drug use.

Inhalants often contain more than one chemical. Some chemicals leave the body quickly, but others stay for a long time and get absorbed by fatty tissues in the brain and central nervous system. Over the long term, the chemicals can cause serious problems:

What happens to your body when you use inhalants?

Inhalants can cause the following health effects:

Depending on the type of inhalant used, the harmful health effects will differ. Different types of inhalants and their possible effects are described below:

Signs of Inhalant Use

Sometimes you can see signs that tell you a person is using inhalants, such as:

Can you overdose or die if you use inhalants?

Yes, using inhalants can cause death, even after just one use, by:

It isn’t common, but addiction can happen. Some people, particularly those who use inhalants a lot and for a long time, report a strong need to continue using inhalants. Using inhalants over and over again can cause mild withdrawal when stopped. Withdrawal symptoms can include:

How many teens use inhalants?

Inhalants are often among the first drugs that young teens use. In fact, they’re one of the few classes of drugs that are used more by younger teens than older ones. Inhalant use can become chronic (long-term) and continue into adulthood.

The chart below shows the percentage of teens who use inhalants.

Swipe left or right to scroll.

For more statistics on teen drug use, see NIDA’s Monitoring the Future study.

What should I do if someone I know needs help?

If you, or a friend, are in crisis and need to speak with someone now:

If you want to help a friend, you can:

If a friend is using drugs, you might have to step away from the friendship for a while. It is important to protect your own mental health and not put yourself in situations where drugs are being used. 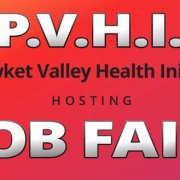 Surge of teen vaping levels off, but remains high as of early 2020

What is heroin?
Scroll to top